Mr. Wideikis (Partner) received his Juris Doctor degree from the University of Iowa School of Law in Iowa City, Iowa in 2001. At the time Mr. Wideikis attended this law school it was ranked as the 17th best law school in the United States by U. S. News and World Report. He received his Bachelor of Arts degree in political science with Honors from North Central College in Naperville, Illinois in 1998. At North Central College, Mr. Wideikis was named to the College Conference of Illinois and Wisconsin All-Conference Baseball Team as both a shortstop and designated hitter, and served as captain of the 1998 baseball team that finished ninth in the country. He also represented the United States on Team Chicago, USA which won the World Baseball Championship Tournament held in Amsterdam in 1994.

As a third year law student, Mr. Wideikis was employed as a pre-licensed lawyer at the Cook County Illinois State Attorney's Office in its homicide division. Subsequently, he received his license to practice law in the State of Illinois where he served as an associate at Kubiesa, Spiroff, Gosselar, Acker & Kern, P.C. practicing in the areas of local government representation and defense, land use and planning, real property transactions, business law, family law and general civil litigation.

Mr. Wideikis practiced law in Illinois for three years before becoming licensed to practice law in Florida where he relocated in January of 2004. Mr. Wideikis was previously a managing partner of the Law firm of Berntsson, Ittersagen, Gunderson & Wideikis, LLP.

Among other accolades and recognitions, some of which are outlined hereinbelow, Mr. Wideikis has been selected on numerous occasions as a Florida Super Lawyer's Rising Star, a designation reserved for only 2.5 percent of practicing attorneys in the state. In addition, Mr. Wideikis has been nominated and elected as a Lawyer of Distinction, a designation reserved for only ten (10) percent of all lawyers in the state. In both instances, Mr. Wideikis was recognized in the area of Real Property Law. This area of law Mr. Wideikis concentrates in involves every type of residential lot and home sale together with the most complex of commercial real estate and business transactions. Mr. Wideikis is widely acknowledged as the local attorney to work with on such matters as marina, hotel, restaurant, subdivision, strip center, airport, and franchise transactions, etc. During The Great Recession Mr. Wideikis made a name for himself pioneering a creative local short sale assistance program with modestly priced legal fees befitting of the extraordinary economic circumstances facing the State of Florida. He negotiated and closed short sales for individuals throughout the state, and had the unique opportunity to assist sellers with short sales, while continuing his representation of lenders in loan workouts, foreclosures, and commercial loan documentation. 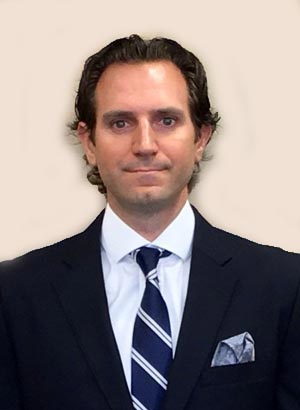